A panel of CEOs, MFAT leadership, academics and commentators will discuss the latest fundings of the CID Annual Sector Survey.

Join us for a fun and informative evening of data and networking.

Guardian journalist Kate Lyons, interviewed by Radio New Zealand last week, has just compiled a stunning series looking at the drug routes from South America to Australia and New Zealand through the Pacific Islands which are getting worse.

Her report investigates the Pacific cocaine trafficking boom, and the increasing number of cocaine seizures and drug-trafficking related crimes. She also looks at the 'shift in attitudes' toward illicit drugs among Pacific nations, including in Vanuatu, Papua New Guinea, Tonga and New Caledonia

In the past five years there has been an explosion in the number of boats making the journey across the Pacific Ocean, sometimes carrying more than a tonne of cocaine to feed Australia’s growing and lucrative drug habit.

The region is caught in a perfect storm. Cocaine production is at its highest rate. And the appetite for cocaine consumption in Australia and New Zealand, which have the highest rates of per capita cocaine use of any in the world, has exploded, despite the fact that Australians and New Zealanders also pay more for the drug (about AU$300 or £180 a gram) than those anywhere else in the world, making it a lucrative market.

This is a problem Pacific nations are ill-equipped to handle.

There is no data collected in Fiji about drug use or addiction; no rehab centre in Fiji, no methadone clinic, no addiction health specialists, not even a Narcotics Anonymous meeting to be found, and no understanding of addiction as an illness. If addicts want or need treatment, they end up at St Giles, the psychiatric hospital in Suva, which reported that nearly 20% of its patients in the year from May 2017 to April 2018 were treated for substance abuse issues, mostly for addiction to methamphetamines.

In the Federated States of Micronesia, cocaine discovered in a lagoon had been used as washing powder, until locals realised it wasn’t lathering. In 2017 in Tahiti, a boat full of cocaine exploded on a remote reef. Weeks later police discovered an island almost totally addicted to cocaine.

Sitiveni Qiliho, Fiji’s police commissioner, says he spent the last five months informing remote islands communities that the mysterious packages washing up on their beaches are full of cocaine and shouldn’t be baked into cakes or put in tea. And, he adds 'Fishermen are not after fish any more’, “They are after these packages because of the money that is being offered, a few thousand dollars. It's quick, easy money.”

Also, Al Jazeera English has recently hosted a live-streamed discussion on 'How has Fiji become a drugs superhighway?'.
+ 'Story-telling' at its best

'A billion Acts of Courage can Spark a Brighter Tomorrow'.

This is Greenpeace's rallying call to its staff and supporters -  to a spark a billion acts of courage. In industry views, it's one of the best use of storytelling to rally supporters and also embed the 'theory of change'.

"One of our mantras and goals is 'Courage, not perfectionism'. The Story Team is undertaking an experiment here where we publish more early and more often, in the name of greater openness, so some material you'll encounter may be unfinished and unpolished at the moment. This is where you come in: talk to us, tell us what struck you, what rabbit holes you were led to, what's missing, how to move it to wowza. Help us see the possibilities you see.

Worth a look for anyone running advocacy campaigns or wanting to inspire your staff and supporters.
+ Thousands displaced as heavy rains batter fragile Rohingya camps

Days of heavy monsoon rains have battered Bangladesh’s Rohingya camps with floods, landslides, and high winds – displacing at least 2,700 people, damaging thousands of homes, and killing a woman and a young boy, writes Irwin Loy from the New Humanitarian .

The biggest risk is landslides, where even a small amount of rain can cause damage.

Aid groups are conducting assessments to gauge other impacts in the camps, where almost all the refugees are entirely dependent on aid for food, healthcare, and other basic necessities. Humanitarian experts say women and girls often face added risks during disasters, particularly when access to services are more restricted and public areas become more crowded.


New research has revealed an area the size of the US is available for planting trees around the world, and this could have a dramatic impact on climate change, writes Matt McGrath at the BBC.

The study shows that the space available for trees is far greater than previously thought, and would reduce CO2 in the atmosphere by 25%.

+ Inquiry into aid in the Pacific - have your say

Parliament’s Foreign Affairs, Defence and Trade select committee is holding an inquiry into New Zealand’s aid to the Pacific.

Director@cid.org.nz
Office@cid.org.nz
+ Stress in the aid sector - not just a 'white' problem

"In 2012, after returning from working with a local NGO in the West Bank in Palestine, I suffered a burnout. It was the second time I had left a job in the aid sector because I could no longer cope with the pressures and demands of the role, and felt huge doubts as to whether any of my actions had a positive impact on the lives of others," writes Gemma Houldey in Open Democracy.

She decided to do a PhD on stress in the aid sector, and found that ways of understanding and dealing with stress were built on Western ideas, even though 90% of staff in international NGOs were locally engaged and from the 'global south'.

"What about the opinions of national staff? What is their experience of stress?"

She captures some of the experiences of local staff in her research.
+ CID Talk tomorrow: Developing Resilience in a crisis

While Bond UK writes 7 recommendations for building resilience into programmes, CID is hosting a Talk by Red Cross's John Dyer tomorrow, at 12.30pm, at the CID office.

John will use his first-hand experiences from recent natural disasters and examples from history, to identify some of the key elements that build resilience.

Learn how to cope with changing and challenging environments.

"To be resilient you need to develop the ability to live in the moment while being comfortable with uncertainty. It is about being agile," says John.

John has over 30 years’ experience leading and developing people in Red Cross and other organisations.

"The latest Ebola outbreak—which began in August 2018 in the Democratic Republic of Congo (DRC)—is nothing short of a perfect storm. It is the 10th such outbreak in the DRC, and the second-worst in history, after the outbreak in West Africa in 2014 where an estimated 28,652 people were infected and 11,320 died. Since last August in the DRC, over 2,000 people have contracted the Ebola virus, resulting in over 1400 deaths," writes Michael T Evans in the Brookings Institute.

But its not just a health crisis. It's a crisis for development. This is the first time an outbreak has occurred in a war zone:

"It’s essential to recognize that volatile relations between the DRC government and the its citizens—as well as the ongoing effects of conflict—play a central role in perpetuating the problem.

"Concerns are growing that Ebola may spread to Goma, a major transportation area, with a population of 1 million, as well as neighboring countries South Sudan and Rwanda"

Peter Beaumont in the UK Guardian calls it 'the most complex health crisis in history'.

There is widespread resistance to the idea that Ebola even exists, he writes. It's seen as "a conspiracy fuelled by some political candidates in last year’s national elections."
+ Peruvian UN Security Council Presidency

Peru might have not been able to beat Brazil in the 2019 Copa America final on Sunday, but Gustavo Meza-Cuadra, Peru's ambassador to the UN, is now up for the Security Council Presidency for the month of July.

Peru, the second country after Colombia to accept the most refugees from Venezuela, has so far taken in 800,000 Venezuelans escaping their nation’s crushing economic and political crisis.

Peru is focusing on helping its close neighbour, Colombia, to maintain its 2016 peace agreement, as president of the Security Council in July. To show its support, Peru — in conjunction with Britain — is taking fellow Council members to Colombia to see how well the peace deal between the government and the former rebel group, FARC, is being carried out.

The country’s priorities are: conflict resolution and post-conflict peacekeeping. As Council president this month, Peru will also hold meetings on terrorism and organized crime and on youth, peace and security, among the regular agenda items, such as peacekeeping mission renewals.
+ Webinar: Communicating your impact

This 60-minute webinar, presented by an impact measurement specialist and a brand and strategy expert on Thursday, 11 July 2019, 2pm-3pm (AEST), will provide clear and actionable tips, using examples from other organisations, to help you understand:  Tickets available here
+ The CID Weekly is proudly sponsored 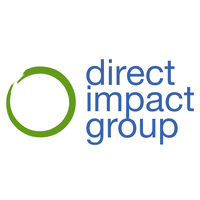 Direct Impact Group supports organisations to maximise their social impact, because changing the world isn't easy, and in dynamic times this work is more important than ever.
+ OECD: "Aid for Trade is working"

Using development aid to build trade capacity in poor countries is helping to improve economic diversification and to economically empower marginalised groups, yet progress remains geographically uneven, according to the latest OECD-WTO report on Aid for Trade.

Aid for Trade at a Glance 2019: Economic Diversification and Empowerment says that 47 developing countries (mostly in Africa), out of the 88 surveyed, report progress in diversifying their economies since the OECD-WTO Aid for Trade Initiative was launched in 2006, a picture backed up by trade statistics. Most progress has been seen in agricultural sectors followed by services and industry. Countries still struggling to use international commerce to diversify their economies are the least-developed countries or those that are small islands, landlocked, resource-dependent or ravaged by conflict.

ACFID is hosting a webinar on 16 July on gender, faith and dealing with gender-based violence in the Pacific.

Women and girls in the Pacific face alarming levels of gender-based violence, in particular violence in the home. Three in five women (60%) who have ever been in a relationship have experienced either physical or sexual violence (or both) by a husband or intimate partner.

Hear from local based development practitioners and their Australian partners on faith-based approaches to tackling gender-based violence in the Pacific.

Register here for the webinar.
+ Tips of social impact

"One of my favourite quotes of all time is from ‘The Lorax’ – 'Unless someone like you cares a whole awful lot, nothing is going to get better. It’s not'," writes Direct Impact's Darren Ward in a blog this week.

But nothing happens unless individual work together. He lists his top tips for social impact:
+ Devex webinar: how to talk about gender

Within development communications, communicating about gender has had its own evolution: a dialogue about what a gender transformative approach to development might look like, the inclusion of men and boys in existing dialogue around gender, and a growing global reckoning in the wake of #MeToo. 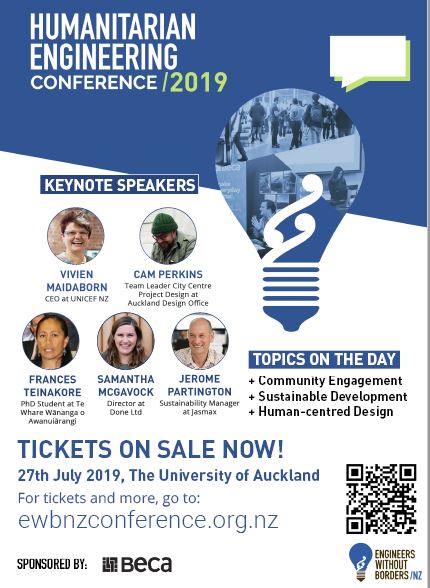 Click here to find out more about the conference and secure your ticket.
+Family Planning: Event, 31 July 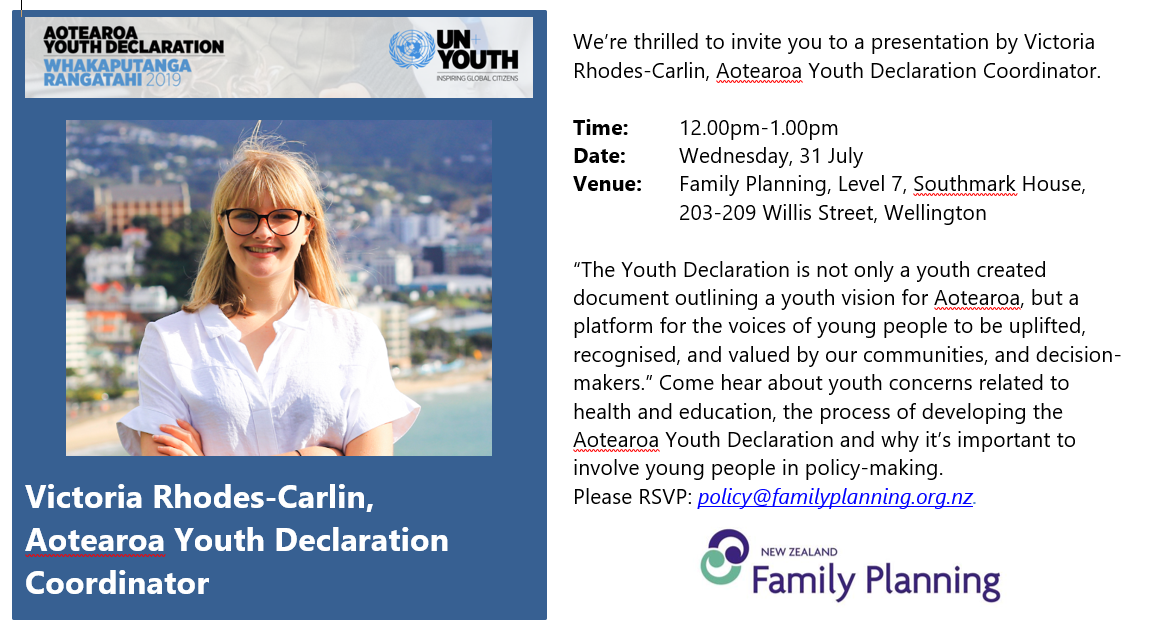 Save the Children is asking little Kiwis, mums, dads, grandparents, playgroups, and ECCs to splash into winter. This August you could host a "Muddy Puddle Walk' in your backyard, at the park or inside a child-friendly space while raising money for 'children on the move.'

Every Muddy Puddle Walker will receive a kit with:
- A Muddy Puddle guide - to help them get ready for their walk!
- Child-friendly stories from different children around the world!
- A bunch of fun activities; recipes, games and make and dos!
+ a special sticker chart from Peppa and George to keep track of all the amazing things your little one is achieving.

And if you're an ECC, Kindergarten, School or Playgroup that raises over $400 you'll automatically go in the draw to win a VIP Visit from Peppa and George'.